Now used by more than 750 000 persons all over the world. Used in several books, magazines, observatories, universities, Web sites and blogs. Used in Chandrayaan 1 lunar mission preparation. Recommanded by the European Space Agency (ESA) and the french Ministry of National Education 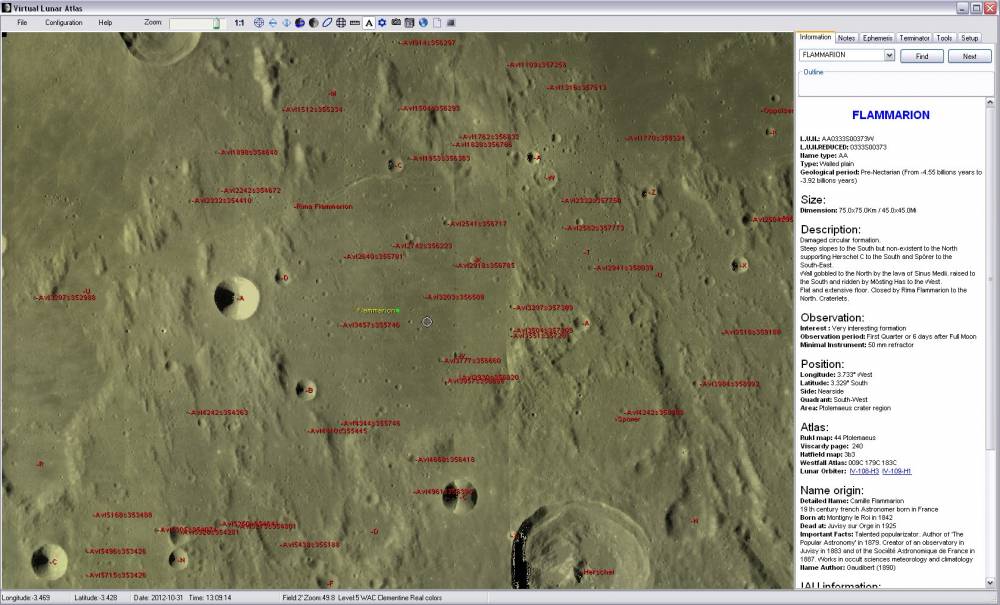 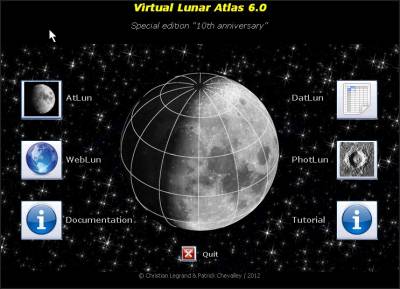 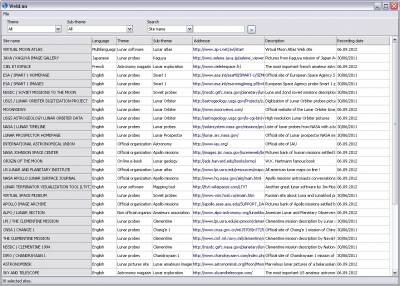 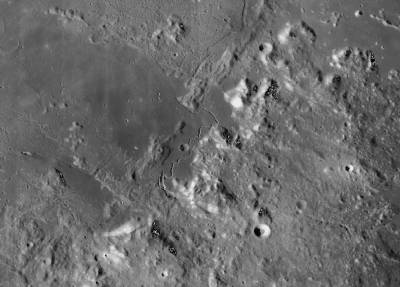 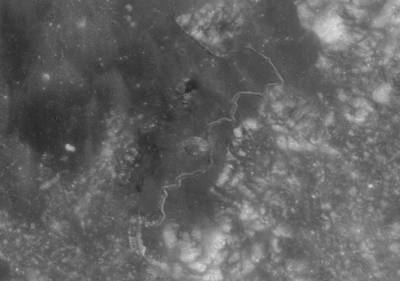 Rima Hadley in the 2 new VHR textures : LRO on left and Chang'e 2 on right 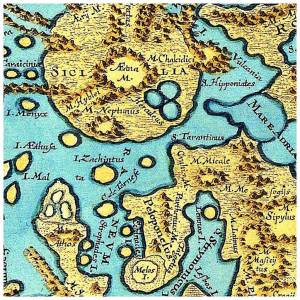 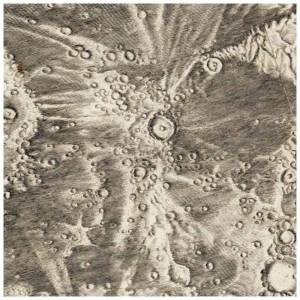 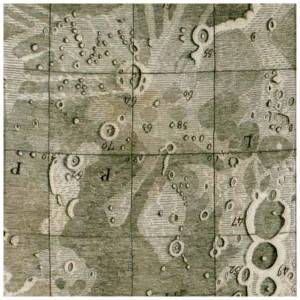 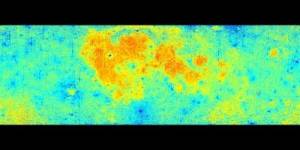 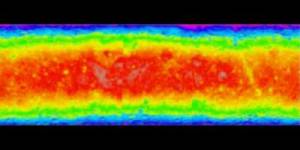 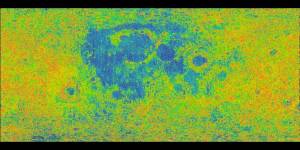 During 2002 first version of VMA was released. For its tenth anniversary, we are happy to bring you the new “Pro” 6.0 version, the most complete computerized lunar atlas.
Since december 2009, date of the release of the “Pro 5” version, we were waiting the datas from recent lunar probes US LRO and chinese Chang'é 2 to format them and make them usable with VMA.It's now done and we have also used this long period for adding new modules and features to VMA, but also to actualize and correct its databases. We hope that all that new stuff will make your lunar observations or survays more and more interesting !

And this year it was evident that we have to dedicate this new version to Neil A. Armstrong since his “small step and giant leap” have given a lot of motivation for many of us for practicing amateur astronomy and specially Moon observation.

NEW MODULES :
New "VMA Command Center" :
Because of the increasing modules numbers, VMA starts now with a “Command Center” allowing you to access directly to the various modules and associated documentations.

NEW TEXTURES :
The "Lunar Reconnaissance Orbiter / LRO" texture :
The american probe Lunar Reconnaissance Orbiter, presently orbiting the Moon transmits lunar surface images presenting 1 meter resolution. As the entire lunar surface is covered to increasing resolutions, Mark Robinson from Arizona State University and his LRO team release global maps of the Moon. We propose you the corresponding texture with the highest resolution available today. It reaches 100 m resolution and can be compared to the LOPAM yet available but with an opposite lighting angle.

The "Chang'e 2" texture :
The chinese probe Chang'e 2 has mapped the lunar surface lunaire with a 50 m precision. Chinese authorities have released in february 2002 a global high resolution map of the Moon use the probe datas. We have realized on this basis, a new texture reaching a 50 m resolution.

All these textures are completing themselves because lighting conditions change in each texture, showing different details.

The new "historical textures :
Christian Legrand has recovered the best digitized versions of old lunar maps in the public domain. Patrick Chevalley has formated them for the VMA display. You can now compare these pioneers works with the present datas. Sure, these maps show only the Nearside and there are sometimes important shifts in the formations localization. We propose you, in a first time the five following maps :
- Langenus / 1645 (B & W version)
- Hevelius / 1647 (B&W and Color version)
- Cassini / 1676 (B & W version)
- Tobias Mayer / 1775 (B & W version)

The new "ANONYMOUS CRATERS" database :
The 5th database associated to VMA presents 52 000 craters registered by G. Salamuniccar, S. Loncarid and E. Mazarico. Their important work can be found at : http://www.sciencedirect.com/science/article/pii/S0032063311002789 . Christian Legrand has adapted to the VMA database format this new database. With this new addition, VMA databases contain more than 60 000 lunar formations.


NEW PICTURES LIBRARIES :
The new "Pic du Midi 1 meter telescope" library :
Christian Legrand has extracted lunar formations pictures from pictures taken by a french team (J.L. Dauvergen, P. Tosi, F. Colas, E. Rousset, T. Legault) withe the 1 meter telescope of the Pic du Midi Observatory. Thes are the best lunar pictures made from the Earth surface. Really amazing. Thanks to the team for the authorization to use their production !

The new "Best of Peach" library :
Damian Peach is one of the best lunar imagers in the world. He has kindly authorized Christian legrand to buid a “Best of Peach” pictures library to help to VMA development. Damian has produced one of the more detailed and numerous pictures of lunar formations. A great thank to him for his help !

NEW DOCUMENTATIONS :
Christian Legrand has realized a new specific and illustrated documentation for “WEBLUN” with screens captures showing the new possibilities offered by this module. He has also updated “ATLUN”, “DATLUN”, “PHOTLUN” and “WEBLUN” documentations with the above new features.

NEW DISTRIBUTION :
Because of the very big size of the new UHR textures (several Go with all the modules, databases, overlays, pictures libraries and textures), we have decided to jump to the DVD format for our distribution. It will install automatically all the new Pro 6 version (Command Center / all modules / databases / high resolution textures / overlays and public pictures libraries).
And to celebrate the VMA 10th anniversary, you will also find on the DVD the VMA version 1.0 from 2002 to compare. Enjoy !


How to support our action ?

The first mean to support our action is to prefer the DVD version than the Web download.

But we had also generous offers from some VMA users that asked us how they could help us for the software improvement. This one is sure a free action of ourselves and we don't ask any financial help for this product which is only the reflect of our astronomical passions : Moon survey for Christian Legrand and astronomical programming for Patrick Chevalley.

We were a little embarassed by these proposals, but we estimated that we can't refuse voluntary donations and finally decided to accept them. If you want to help us, go to the page "How to support our action ?" for more details. So that the benefits of your support come back to you, these funds will be affected, as far as we can do it, to the purchase of astronomical equipment or books usable for the improvement of VMA or for other astronomical new products or actions.

We thank you very much in advance for the voluntary help that you would decide to bring us.

This software, realized by Patrick Chevalley and Christian Legrand can visualize the Moon aspect for every date and hour and pilot computerized telescopes on the Moon surface. It permits also to study lunar formations with unique database of more than 9000 entries and a more than 7000 pictures library compiled by Christian Legrand.

It's conceived to be easily usable “in the field” according to an observing session needs, but also to study “at home” the Moon and its surface. It's interfaced with "Sky charts" Patrick Chevalley's freeware. This set is certainly now one of the most complete astronomy softwares set released.

Rather than a long description, we invite you to read the complete manual or the quick user's guide or to look at the screens copies to see what are the possibilities.

This software has been conceived according to the needs of Moon observers, but also as a powerful tool for people interested personally or professionally by selenography.

The authors are decided to upgrade periodically the software, databases and pictures library in the following monthes and years. If you think that a function would be useful for all Moon observers, don't hesitate to indicate it us. It could be possible to include it.

It's possible to choose the language used by the software and database. Presently we manage directly only English and French version which are available with the basic package. From this Web site, you can download more translations here .

The authors wish that others passioned amateur astronomers will propose their own translation in their language to make this software available to world wide Moon observers.

This software is the result of a collaboration between Christian Legrand, a passioned lunar observer, and co-author of the guide "Discover the Moon" published in English by Cambridge University Press and also published in French, German and Spanish, with Patrick Chevalley, author of the worlwide known freeware "Cartes du Ciel / Sky Charts".

The authors make him free for amateur astronomers, lunar observers and students who wish to practice selenography. They hope to promote Moon observation and knowledge because our satellite will become one of the next human spatial exploration step.

Database information and pictures are copyrighted and can only be used with Virtual Moon Atlas.

Source code is available from SVN at http://sourceforge.net/projects/virtualmoon

Calculations of the ephemerides of the Moon are based on the JPL Ephemeris. DE421 ephemeris is include with the program.

Many calculations are based on the essential ”Astronomical Algorithms by Jean Meeus“.

For all question about Virtual Moon Atlas usage please use the user forum.
To report a problem with the software please use the bug tracker page, then check if a similar problem is already described
If you have any questions, suggestions or remarks about the software, you can contact Patrick Chevalley.
If they are about the overlays, the databases or the pictures libraries, please contact Christian Legrand.