This window give information about the planets, their visibility and their orbits. It as well allows simulation of objects moving, independent time navigation, synchronization with chart time and zoom in/out. 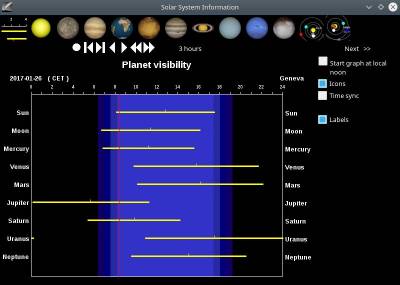 Show a graph with the planet visibility for the current day. The blue band mark the twilight time and for each object the yellow bar indicate it is visible above the horizon.
You can select to start the graph at noon for a better overview of the night time.
The visibility chart also include the currently selected object, even for stars or DSO. 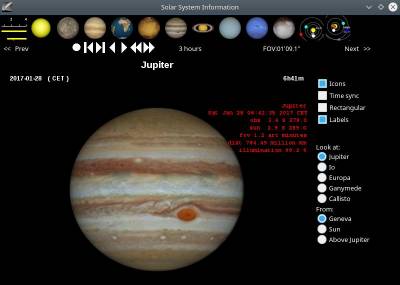 Show the current aspect of every planets. Allows rectangular and spherical view, view from Sun, Earth and to look at satellite from different positions in Solar System. 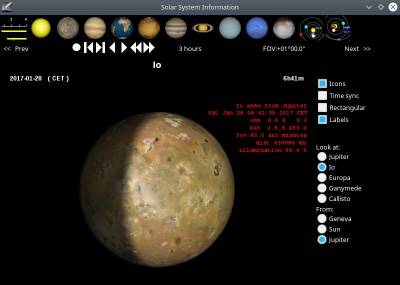 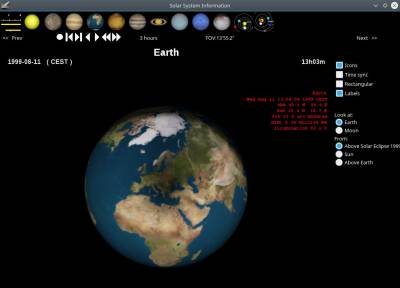 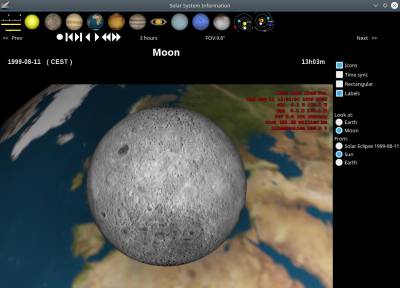 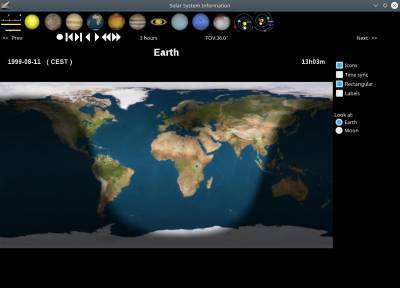 Show the orbit and position of the planets from Mercury to Mars for inner and from Jupiter to Pluto for outer planets. Orbital simulation is allowed as well. Distance from planets is optional. 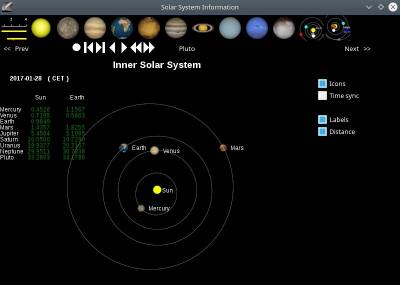 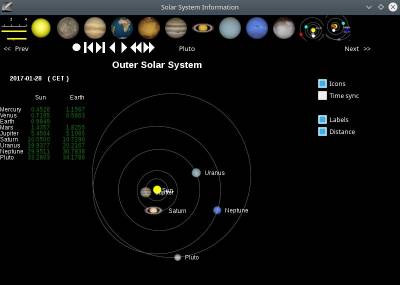 Except where otherwise noted, content on this wiki is licensed under the following license: CC Attribution-Share Alike and GNU Free Documentation License